Jenny Glenn is a graduate of the nationally recognized Oklahoma City University Dance Program under the direction of Jo Rowan where she received her Bachelor Degree in Fine Arts. Her experience ranges from working on popular TV shows such as Veronica Mars to performing with professional sports networks including the ABA, NFL, NBA and NPSL. She has also worked for Barry Manilow's Stiletto Entertainment while performing for Holland America Cruise Lines. Ms. Jenny has been teaching dance to students of all ages for the past 15+ years and has worked in dance studio management for the past 10+ years. Her life-long dream has always been to open her own studio and that dream is now her reality! Jenny is originally from Michigan and relocated to San Diego with her husband in 2006. They have a beautiful 6 year old daughter named Gia. This is Ms. Jenny's 10th year as the proud owner of Signature Dance Academy.

Jessica is a college student majoring in Liberal Studies with a minor in English. She has been with SDA since 2015 along with a second job as a college English tutor. When she is not at work or going to school, she enjoys volunteering throughout San Diego County as a community representative with the Council for Youth Empowerment (CYE). She has received many awards for her volunteer work including 3 Presidents Volunteer Service Awards and 2015 Volunteer of the Year with over 600 hours in just one year. In her free time, Jessica enjoys going to Disneyland, country line dancing, watching plays and sometimes performing in musicals also.

Brittany took her first official dance class at the young age of 2 and performed on stage for the first time at 3 years of age.   She has enjoyed training, competing, performing, choreographing and teaching ever since.   Brittany grew up in Southern California training in ballet, jazz, lyrical, tap, contemporary and hip hop in some of the Nation’s strongest studios and conventions.    Brittany is an accomplished dancer, choreographer and teacher that is currently represented by Go2Talent Agency.   In addition to being a proud Murrieta Dance Project Alumni,  Brittany has also enjoyed dancing and working on projects such as IM5, HeyDay Footwear, IVIVAA Athletic Wear, Radio Disney and “The Fast Lane” (Pilot).    Brittany is also a proud alumni of the GRV Family/GRaVy Babies and an original member of  MAKER EMPIRE’s TROUBLE MAKERS under the direction of Beau Fournier winning World of Dance San Diego 2012 &  ranked 4th in the United States at Hip Hop International 2012.  Brittany is currently a staff member of the National Dance Association and travels the United States working with High School students.Brittany’s training, musicality, movement and work ethic have enabled her to work with some of the most amazing and inspiring dancers and choreographers in dance today. Brittany’s passion for dance and love of life are evident both in and out of the classroom. She is so excited to share her passion with the talented dancers at Signature Dance Academy! 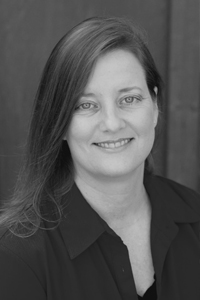 Kelly Conaway, an acro, stretch and flexibility coach, has more than 20 years of professional teaching experience with studios nationwide. She has regional and national competition experience as both a coach and choreographer. Kelly has received performance award recognition for outstanding instruction by a coach and is known for her progressive approach to acro and spotting techniques that creates a fearless dancer. She has a passion for the art of acrobatics, a commitment to the studios she is involved with and pure dedication to the students she teaches. 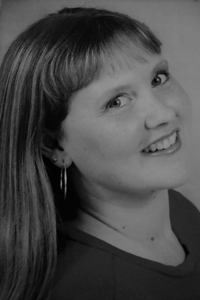 Julie has studied dance for over 40 years and has been teaching dance for over 30 years in the Southern CA and LA areas! She has been trained in all styles of dance with her specialty in Jazz, Tap, Lyrical, Musical Theatre, Acrobatics, Voice and Pom. Julie trained with such greats as Al Gilbert, Jo Rowan, Lynda Gache, Frank Hatchett, Steven Boyd, Dee Caspary, Dave Massey and more! Julie graduated with a degree in Liberal Studies with an emphasis in Elementary Education and minored in Theatre/Performing Arts. She performed and starred in many onstage plays and musicals including "The Taming of the Shrew", "Bye Bye Birdie", "Oklahoma", "To Gillian on her 31st Birthday", "South Pacific" and more!!! Her dancing has even taken her on two separate dance tours performing throughout Japan. Julie is a former UDA instructor and has coached numerous dance and cheer teams in the Southern CA areas. Julie has been involved with the Miss America organization as a Director and Judge for over 15 years. She is currently the Artistic Director and Board Member for the "Council For Youth Empowerment", a non-profit scholarship organization for young ladies ages 5-23 years of age. Many of her former students are now teaching, modeling, acting and dancing professionally in the San Diego, Los Angeles, New York and Nashville areas. Some of her students have been or are currently on Television productions such as "Arrow" and "DC's Legends Of Tomorrow" and Broadway shows such as "Wicked", "The Radio City Rockettes", "Aida", "Cats", "Oklahoma!", "The Lion King" and more! Julie loves teaching, choreographing and judging fresh new talent from all across the country!

Born and raised in San Diego, CA, Michelle found her love of dance at the age of 14. Her dance background includes extensive training in ballet, lyrical, jazz, and contemporary. Ten years ago, she began her teaching career at Signature Dance Academy and since then has won numerous awards for her choreography at regional and national competitions, including KAR Dance 'Choreographer Of The Year' in 2015 and 2016.
Michelle has danced professionally for both the ABA and NPSFL and is currently studying to become a Certified Personal Trainer with an emphasis in Dance Performance. Michelle's goal is to teach her students the importance of building strength along with flexibility as well as injury prevention. Michelle has a profound love for teaching and choreographing and hopes to encourage and inspire each and every one of her students.

Kayla Schaffroth, a San Diego native, received her Bachelor of the Fine Arts in Musical Theatre at Central Washington University. She has been dancing since she was three and trained in the styles of ballet, tap, jazz, musical theatre, contemporary, lyrical, hip hop, and ballroom. She performs professionally in regional theatres across the country and can be seen as a featured performer at the world-famous San Diego Zoo and Hotel Del San Diego. Kayla choreographs for professional theatres in the San Diego area, as well as competition dance. In addition, she has filmed numerous commercials and multiple award nominated feature films.  She recently won "Best Actress" at KPBS's GI Film Awards.  When she is not on stage or on screen, she loves being in the classroom and sharing her love of dance with her students. Kayla is so thrilled to be part of the Signature Dance Academy family and hopes to see you in class! 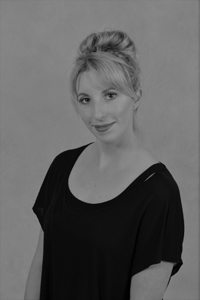 Kristie Scott began her dance training with the San Diego Civic Youth Ballet, Christian Youth Theater and San Diego Parks and Recreation. Later, she joined the California Ballet School on the coveted Jonny Jenning's scholarship and was accepted into their Junior Company. While a part of the Junior Company, she received training from many well-known local, national and international artists. She also supplemented her training by attending summer programs at the Summer Dance Lab in Washington State, North Carolina Dance Theater, the world-renowned Jacob's Pillow, and on a full scholarship at the International Russian Ballet Seminar. By the age of fifteen, and already a High School graduate, Ms. Kristie was chosen to join the California Ballet's Senior Company and later earning the title of principal ballerina. She has been a dance instructor with various dance schools in the greater San Diego area for the past 15+ years, and this will be her 11th season with Signature Dance Academy. 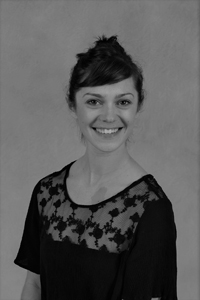 Tiffany Smith hails from Portsmouth, New Hampshire. She received her early training at Ballet Theatre Workshop before joining the Boston Ballet School where she graduated in 2005. Ms. Tiffany danced with Ballet Quad Cities, Milwaukee Ballet II and Nashville Ballet II before joining Missouri Ballet Theatre in 2012. In 2009 she was selected to perform the duet Triptych by Luc Vanier in collaboration with the Milwaukee Art Museum for the grand opening of the Act/React exhibit. For MBT she performed Snow Queen, Clara, Lead Chinese, Spanish, Snow Flakes and Waltz of the Flowers in The Nutcracker, and Hermia in A Midsummer Nights Dream. Tiffany joined California Ballet Company in 2015 and was promoted to soloist this season. This month you can see her performing multiple roles for California Ballet's production of the Nutcracker including the Sugar Plum Fairy! Ms. Tiffany loves sewing and yoga. This is Ms. Tiffany's sixth season with Signature Dance Academy!